From where I sit writing this post you could draw a 100 mile circle and encompass numerous different prosecutorial jurisdictions. Snohomish County, King County, Pierce County, Thurston County, Skagit County. Chelan and Douglas to the East, Kitsap, Jefferson, Clallam, and Island to the West. Even within each of those jurisdictions there are numerous municipal courts - Edmonds Muni, Everett Muni, Seattle Muni, the list goes on and on. Yet the way these various jurisdictions treat the possession of a small, personal use amount of marijuana is as varied as the communities within which they exist.

In Snohomish County District Courts, prosecutors will dismiss a first offense misdemeanor marijuana possession case upon being provided proof the defendant completed an 8 hour Alcohol Drug Information School (ADIS). Same charge, but in Chelan County, and not only will the prosecutor likely not drop it with proof of ADIS, they will recommend jail time for a conviction (even beyond the mandatory minimum 1 day that somehow survives in state law to this day). In the City of Seattle, if you are contacted by a Seattle Police officer about the same offense, you may not even be arrested or referred for charges. If pulled over by a State Trooper, still in the city, you will be headed to state court (not Seattle Muni) and, depending on which way the policy wind is blowing, are likely to at best be put on a year of informal probation until you can get a dismissal.

To a lay person this seems like insanity - because it is. The prosecutors in this state need to get on the same page about the treatment of minor marijuana offenses. The punishment I face should not be dependent on mile markers, city limits, or county boundaries. Prosecutors need to come to see themselves as multiple outlets of a single franchise (the Government) and not as individual entities free to carve their own policy paths.

As they hold press conferences complaining that they don't have enough money for prosecutors and police maybe they should step back and examine where they are wasting taxpayer dollars. Marijuana prosecutions should be front and center.
Posted by Kradel Defense at 9:55 PM No comments: 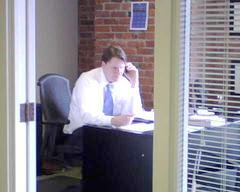 My ratings and reviews by clients and attorneys